A large part of the Arctic is covered by the tundra biome. The tundra biome features the northernmost limit where plants can grow on earth. The climate is dry and cold, with long winters, and cool, short summers. The growing season is only about 60 days long. Under a thin soil layer exists permanently frozen ground, or permafrost. The existence of contiguous permafrost is thought to be one of the main reasons why there are no trees in the tundra, because, being permenantly frozen, permafrost has a tendency to hamper root development.

Typical flora found on tundra include lichens, mosses, and shrubs that grow close to the ground, and up to a few centimeters high. Yet in the Arctic, “trees” and even whole “forests” can be found - dwarf trees like the Arctic (rock) willow.

Salix arctica (Latine name of the Arctic willow) is one of the smallest willows in the world - it grows to heights of only 2-9 cm. In the summer, it has green leaves, which become yellow and brown in August and September, similar to the leaves of deciduous trees we are accustomed to seeing in the mid-latitudes. The Arctic willow grows in clumps, which look like thick carpet - or a a miniature forest, if you like.

On the other end of the world in the the Antarctic, one can find another type of "tree" - or rather remains of trees. It is called “petrified wood”. These petrified treed formed approximately 40 million years ago, when the Antarctic climate was just starting to cool down, and and the Antarctic Ice Sheet only covered land around the South Pole. 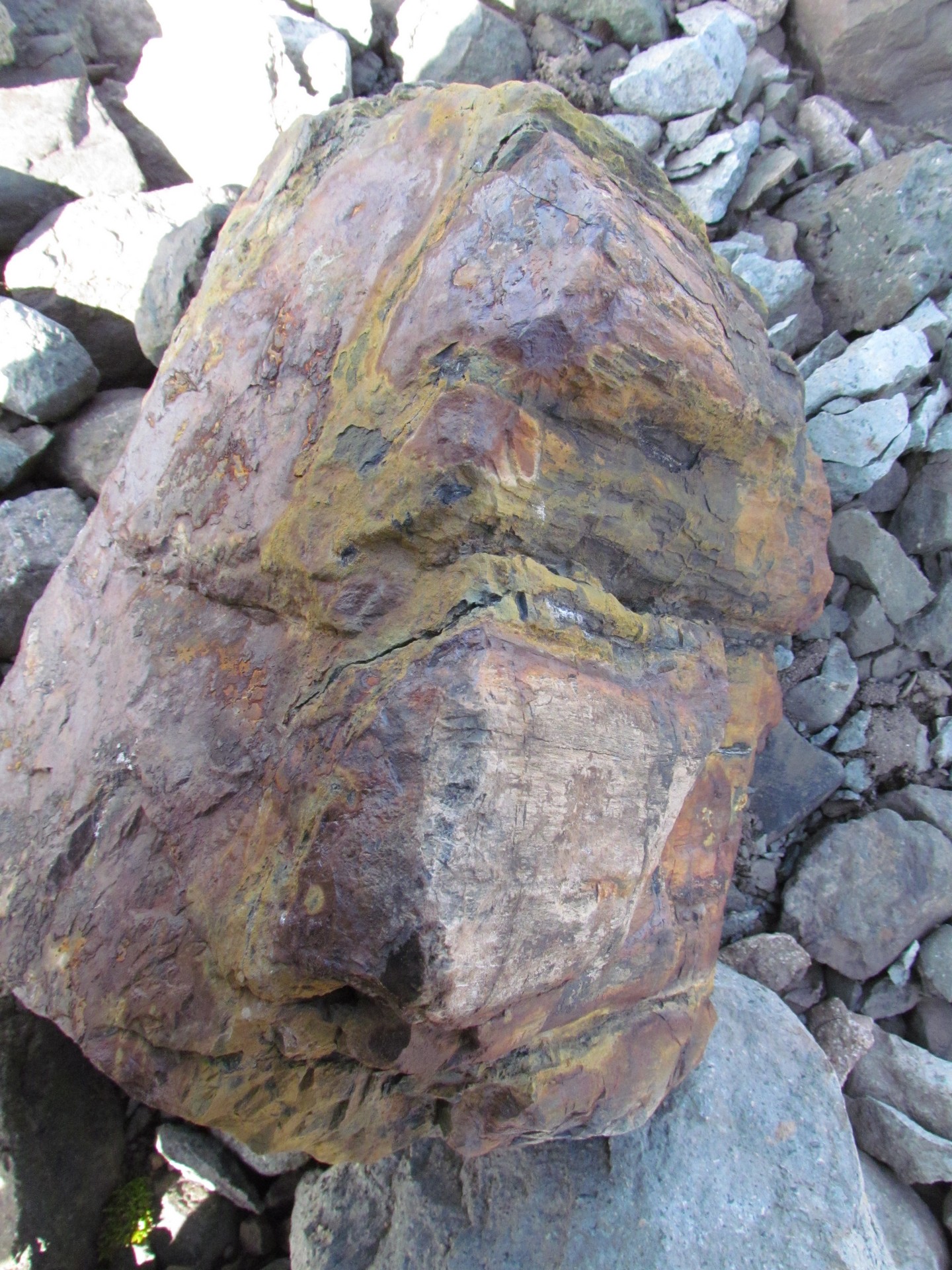 Petrified wood forms when dead trees become covered with river sediment or volcanic ash, and remain under anaerobic (oxygen-free) conditions, which prevent rapid decomposition of organic matter. Another contributor to the petrificaiton process is the flow of water rich in minerals ot the trees. The flowing water deposits minerals in the trees as they slowly decompose.

Gradually minerals replace all the cells of hte trees, and form a shape that is similar in size and structure to the tree trunk. Minerals forming petrified wood contain primarily different varieties of silica (SiO2).