Polar bears can communicate and express their emotions through body language, sounds and smells. We humans make little use of our sense of smell; however body language and sounds play an important role in our behaviour.

When a bear makes a chuffing sound, it may be expressing feelings of stress or worry. You might hear a mother who fears for the safety of her cub or a bear afraid of the sound of a snowmobile engine make such a sound. When they do, you should not approach the animal, so as not to frighten it and provoke it to run away fast, which may result in the polar bear becoming overheated.

Intense sniffing and peering means a polar bear has a clear interest and curiosity about something. Sometimes polar bears make unexpected visits in the vicinity of the Polish Polar Station Hornsund on Spitsbergen. When they do, our technical staff have to clean up barrels the bears have thrown around or repair a door that has footprints of  enormous paws left on it.

When a polar bear is snorting, hissing, and has its head lowered, it is a sign of aggression – a warning that the bear might attack. While attacking, a polar bear also puts its ears back. Nobody would want to run into a polar bear when it gets angry!

Sometimes a polar bear slightly wags its head from side to side and stands on its hind legs. This means that it wants to play. However, humans might misunderstand these actions, and they would not be blamed for wanting to run away.

On the Svalbard archipelago, where a few thousand polar bears live, it is obligatory to have weapons with you to protect yourself every time you go into the field - whether you go outside for only 10 minutes or for several hours. Having a weapon with you helps you feel a little bit more safe and secure.

The most comfortable way we can admire polar bears is to do it from a safe place. They are such a beautiful animals, and you will never fail to be amazed and delighted while watching them.

On the one hand, we sometimes get nervous because polar bears can damage our equipment. I remember one time during our over-wintering on Spitsbergen, one bear was particularly interested in investigating our scientific equipment measuring atmospheric electricity. The most interesting part of the equipment to the polar bear was a small dipole spinning around fast, so it began to lick it and put it in its mouth. 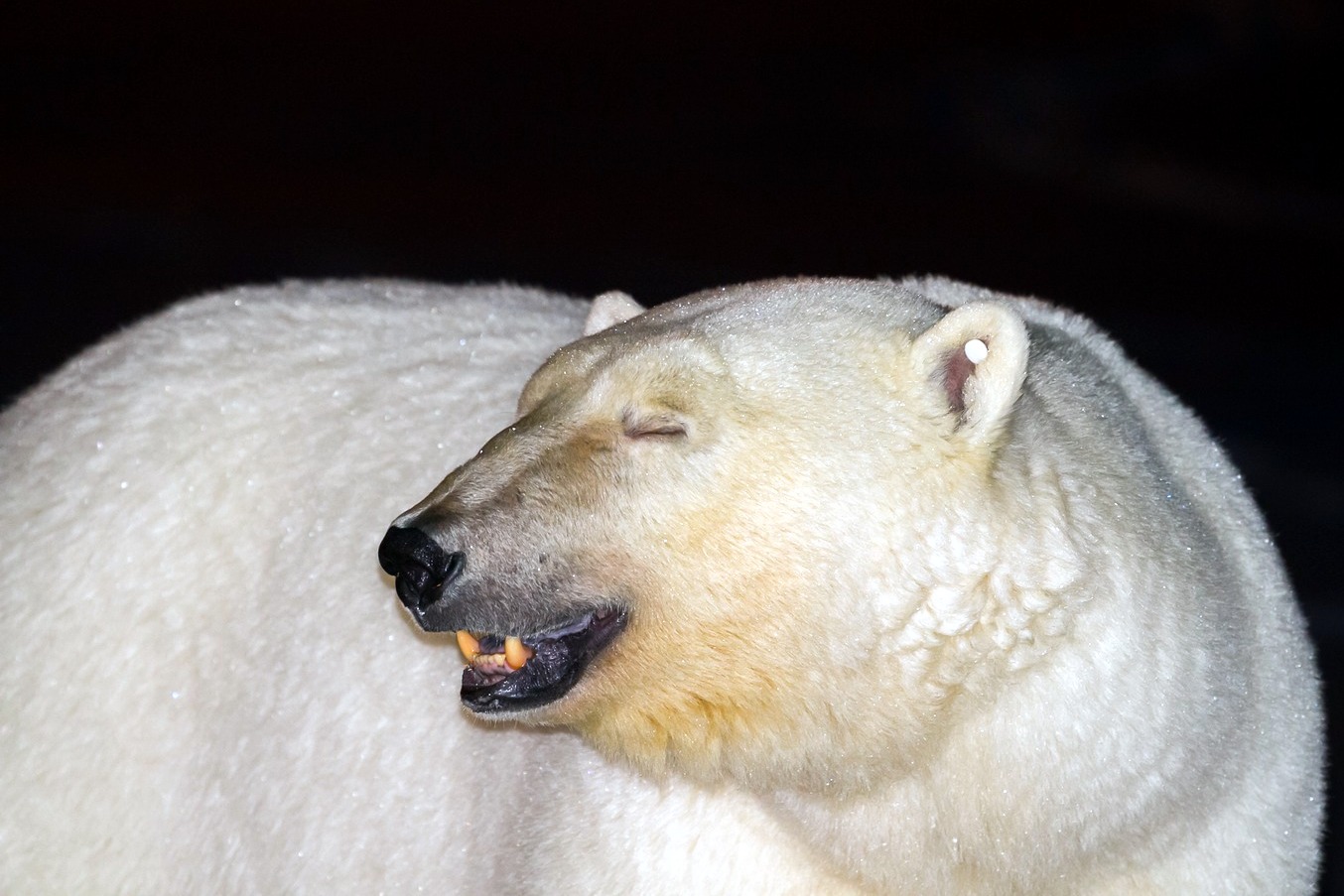 We took a photo of the bear playing with the equipment – a photo that the Institute of Geophysics at the Polish Academy of Sciences in Warsaw found hard to believe, because we took the photo on April 1st (April Fool's Day).

The equipment was quite expensive, but fortunately it was not destroyed. Nonetheless, it was a stressful incident for all of us.

On the other hand, encountering a polar bear in the field is a completely different experience. While you have a weapon for protection and you know how to use it, even if you are in a bigger group, your first impression is extraordinary. You get weak at the knees, your breathing and heart rate accelerate, and you can feel dizzy or disoriented. Seconds seem to be hours. It takes you a few moments to get your bearings and know what to do.

All the polar bears that I have met in their natural environment have fortunately been  only friendly and curious, so loud screams and a few shots from the flare gun have been enough to frighten them off. I have never met any aggressive polar bears so far, and I hope this will remain the case, because I really would like to have the opportunity again to admire these beautiful animals in the future.

If you would like to learn more about polar bears, enrol for my online lesson “Polar Bear: the King of the Arctic”! The lesson will be held on Thursday, January 26th, and again on Thursday, February 16th.